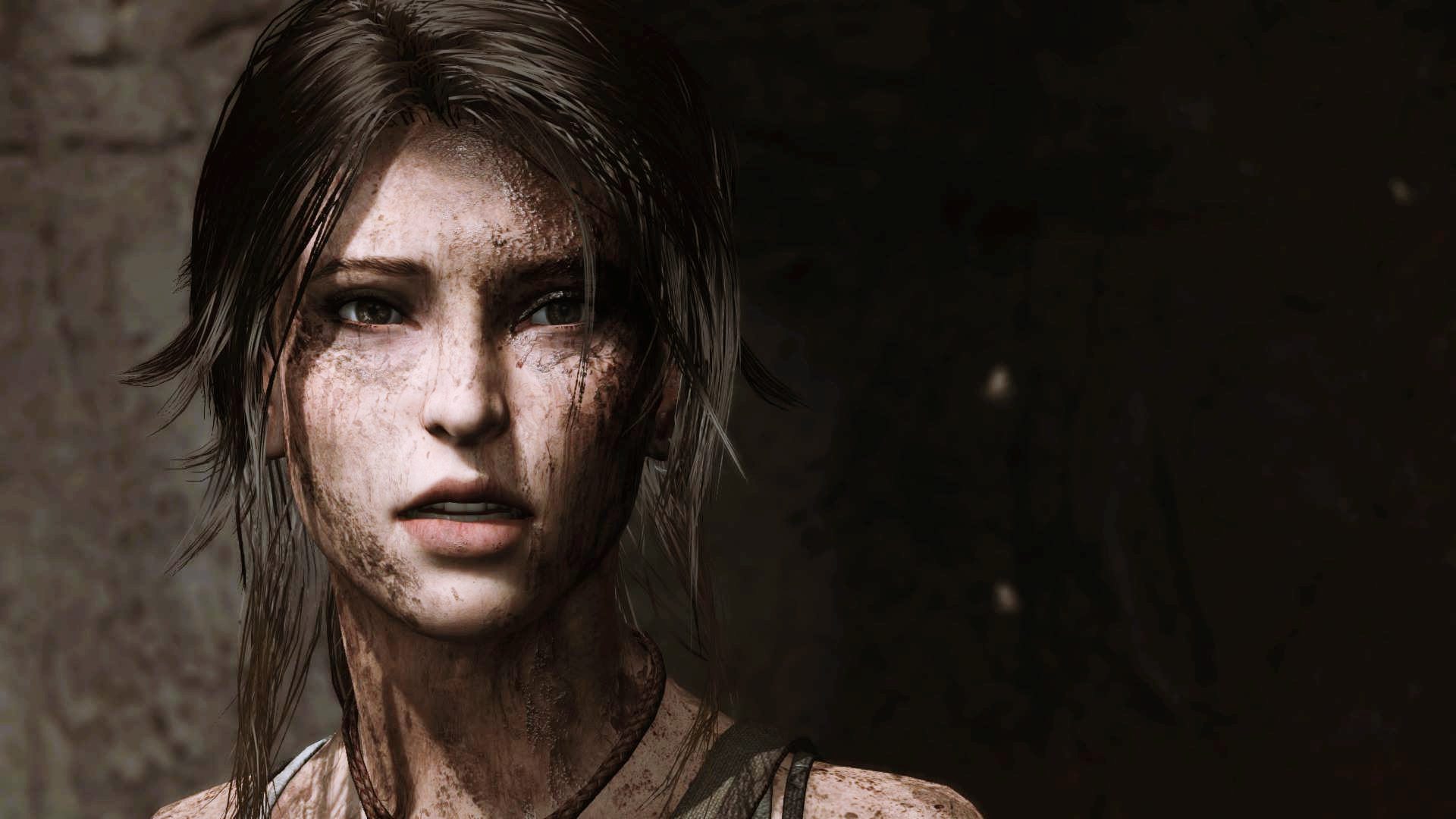 image: The Rise Of The TombRaider

Over the past four decades the home video gaming market has gone from zero, to hero – adding eleven zeros in fact as global revenue for the industry is now approaching $100 billion. It’s been a crazy ride, which this year celebrates an important anniversary as it was 40 years ago that Atari first released a home version of the game, Pong. It became an instant Christmas hit and a new mass-cultural phenomenon was born.

While Pong is the game that comes to mind when we think of the first home video game, it actually wasn’t. 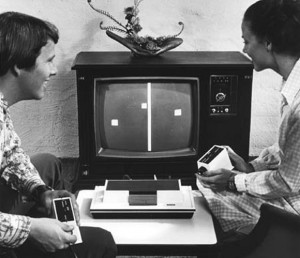 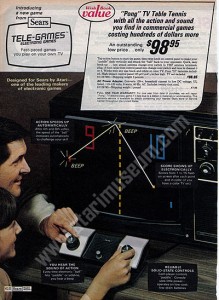 simple, arcade-style titles. But Atari’s Pong console was the first to gain mass market appeal through a clever marketing strategy, locking in a deal with America’s largest retail chain at that time, Sears; ideal for catching the festive trade. In the end though Atari had to settle a copyright infringement claim against them by Magnavox in 1982, because Pong was so similar to the tennis game the Odyssey had been released with.

Over the next decade Atari introduced its first cartridge-based system so people could add games to their collections. This was quickly followed up by similar offerings from Mattel with its Intelivision console and the Commodore 64, and the games market found itself on solid footing. 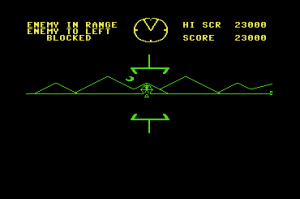 Games themselves started to evolve again noticeably in 1980 when two titles were released that started to open our minds to the concept of ‘virtual worlds’. First was Battlezone; a 3D environment game where players could for the first time roam freely around the battlefield in search of the action (it was later enhanced by the U.S. government for training exercises). Next came, Defender, which with the simple addition of a radar scope implied a world far beyond the scope of our vision on screen. These sound like such small things today, but back then they were mind-expanding concepts, truly. I remember playing Elite on the BBC Micro in 1984, flying around this alternate galaxy inside a box on the table. It felt a bit looking through the door of the TARDIS. 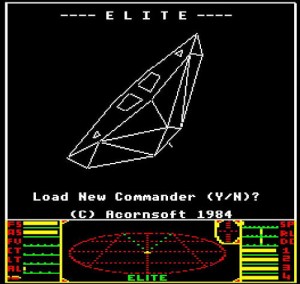 Arguably the next major milestone in our tour of the past, Elite, was the first game in a genre now known as ‘sandbox’, where you can play in the virtual world however you like rather than having to follow a linear storyline like ‘hit tennis balls’ or ‘kill soldiers before they kill you’. Created by Ian Bell and David Braben, Elite took the concept of virtual worlds to an entirely new level as you toured the galaxy in your trusty spaceship, buying and selling goods and resources, or choosing a life of piracy and stealing them if you preferred. The pair could have had no idea they were defining a genre that would go on to spawn billion-dollar game franchises like Grand Theft Auto. David Braben, now heading up Frontier Developments, told me:

“Ian and I were both a bit bored of the home computer games which were mostly trying to mimic games from the arcades with varying degrees of success. I think the main thing we achieved was to get a game made and sold that was very different to the competition. Publishers at the time had it in mind that all games had to be no more than ten minute experiences, whereas we shipped a game that took weeks to play, had a storybook and manual, and was much more expansive. I think the biggest effect, was that we made the way for other innovative, different titles to be made as we showed a game did not have to be a clone of an arcade game to be successful.” 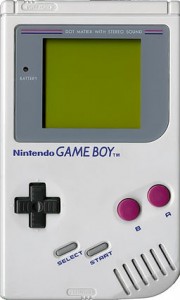 image: By Boffy b

By 1989 the games world had started to think on its feet, with Nintendo releasing the Game Boy handheld console so that gamers could play whenever and wherever they wanted. Cute characters and colourful animations abound as the technology used to deliver our entertainment became ever more sophisticated and by 1990 Nintendo’s latest 8-bit gaming system had conquered one in three American homes. This was to be the decade of the ever-increasing bit-size, as processor chips leaped from 8-bit to 64-bit in just the first few years. Increasing power meant more beautiful and complex games, but this also meant mounting costs and some analysts started to get twitchy that the bubble wouldn’t last.

But the public’s hunger for home gaming seemed insatiable and it quickly became apparent they would pay hundreds and hundreds of dollars to feed it. Even in 2001 when global economies were in mild recession and financial markets in a spin following 9/11, sales of video game hardware, software and accessories grew by record levels to $9.4 billion. I was working as a games journalist throughout that period and it was like being part of a gold rush, with big money players hoping to cash in on this explosive new cultural trend. There were eight-figure game development budgets, huge glitzy launch parties, ridiculous marketing spends, and hundreds of media outlets all clamouring to tell us about the latest thrilling game or console. By 2008 mega-franchises like Grand Theft Auto and Call of Duty were commanding the arena, with Grand Theft Auto 4 shifting more than 6 million copies in its first week of release. Gaming could no longer be considered a back-bedroom activity for sweaty teenagers. For several years already console makers had been vying for more and more prominence in our homes with the addition of music and movie players. When internet access was added this relationship was cemented. 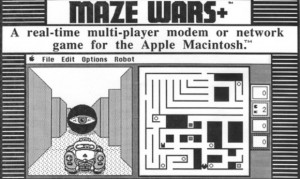 The internet has played a predictably huge part in the evolution of gaming right from the beginning. Multiplayer gaming actually dates back as far as 1974, when researchers at MIT linked players across the ARPAnet (forerunner of the modern Internet) in the first ever networked game, Mazewar. But with the dawn of the World Wide Web in 1991 came a new era of online gaming that was open to all (as long as you could afford the hardware and had cable running to your house). Today online gaming alone contributes the lion’s share of the industry’s $93bn revenue. Which is why developers of multiplayer online role-playing games like Destiny, currently boasting more than 9.5 million registered users playing on average 3 hours a day,  can afford eye-watering sequel budgets reported to be around half a billion dollars.

With these kinds of numbers regularly bandied about in the press it’s no longer any surprise that the games industry is king of the entertainment superhighway. Hollywood can do nothing but watch the dust trails thrown up by its screeching tyres (probably off-road rally ones with a V8 engine) as Hollywood actors are snapped up to voice game characters, and blockbuster games regularly top box office offerings for revenue. Making direct comparisons between the movie and the game industry can be misleading though when we start talking about costs, as movie budgets are typically stated as the cost of making the film, whereas game budgets tend to include marketing and promotion too.

In part 2, coming up next week, we’ll look at where the gaming market could go in the future… make sure you sign up for the newsletter so you don’t miss it!