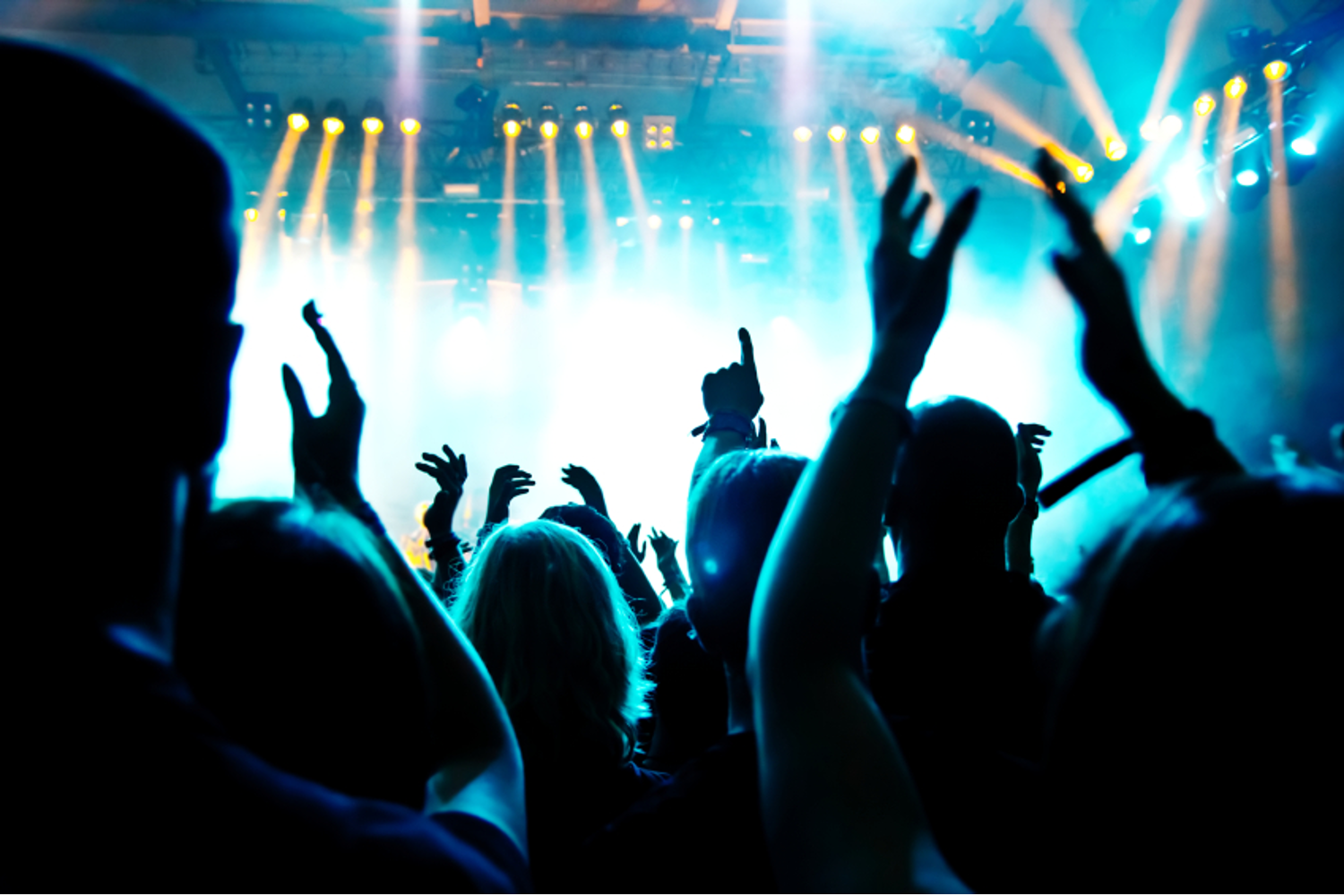 OPINION: Social sellout; is cash for tweets a scandal?

I’m taking the unusual step of posting this article as both a review and a feature, as I have to confess it has sparked a bit of an internal conflict. The catalyst was a site called Adly, which drifted across my peripheral vision as, perhaps, a good way for businesses to spend some marketing money. But as I began to investigate today, to assess the site for review, I started to feel uneasy.

The premise is you sign up to run a campaign and (for a price) the site will connect you with celebrities willing to tweet in support of your cause.

The first twinge; I wondered if those ‘so-called celebs’ would be declaring their interest in their biographies?

Let’s have a look. When you arrive at the site a big ‘Match me up’ button offers to reveal which celebs on their books are speaking your language. It sets up the shot with some sparse data about your current twitter reach, and then hits for home with your recommendations – for me a group of six individuals with a combined reach of just over a million (a sizable amplification from my standalone reach of 29k). There’s an actress, a podcaster, a youtube partner, a couple of bloggers and an ‘Emmy Award-winning Technolo…’ (there the character limit on the description ran out – how intriguing, though it’s beginning to sound like the cast of a Whodunit novel) .. but no names, and therefore no way of checking if they are being honest with their followers about their reason for sharing my tweets.

The next step in sign up is where we start talking money, and because I don’t have anything like the entry-level $25k-$50k per month to burn on research for a website I make no money on (I know, I know, smallest violin in the world, but we’ll come back to that later) this is where I exit stage-left with my credit card safely intact.

My next thought was to sign up as a celebrity, try and break through from the other flank to get a peek at the A-list guest-list (I can dream, right?), but if signing up to pay for tweets felt vaguely dirty I’m afraid going through the celeb sign up felt down-right seedy. Just a six-line application form in which one number is central. I couldn’t quite bring myself to break down five years of social activity into something as base-level as <150k (size isn’t everything, anyway), so I turned to the web instead.

Unsurprisingly it hasn’t been easy to find out who these mysterious celebrities with golden tweets are (and something of a hypocrisy that Adly and their ‘clients’ keep this relationship on the low-down, perhaps?). I did turn up some other interesting stuff though. They’ve been hawking about since 2009 it seems, getting up Facebook’s nose in 2011 and eventually bowing to the pressure to withdraw from monetising celebs’ brand pages – something which Facebook was busy trying to figure out for itself at the time.

All very interesting reading, but still no names. There was plenty of speculation, like this article from Forbes talking openly about claims that Kim Kardashian makes $10,000 a tweet. No proof, and she denies it vehemently, but also (for the record) no declaration of any commercial interests in her Twitter profile.

But hang on a minute… celebrities have been paid to endorse products and services since the dawn of celebrity, right? We see it all the time in magazines, on billboards, with obviously-placed logos on boy band’s jockstraps. So what am I making a fuss about?

For me, the trouble with social media is that it’s supposed to be social. You don’t sign up to follow a celebrity because you want them to lie to you about what they do and don’t like – that is after all what you buy magazines and watch the breaks in US-TV-crime-series for. No, you  follow celebrities because you want to be SOCIAL with them. And anyway it seems more and more these days that celebs aren’t even posting their own ‘thoughts’ and status updates. Case in point came from James O’Malley (editor of an excellent podcast to which I sometimes contribute, in the interest of transparency!), when he shared this keenly observed Tweet:

Photo: I think Avril Lavigne forgot to take her social media manager on tour with her… tmblr.co/ZwlDrsmeEepF

(the key is in the location data for the unobservant among you!)

Today the cult of celebrity is very definitely commercial, but at least you can tell when you’re being sold to. But with tweets carefully worded to sound personal and throwaway, coming at me through a medium I have accepted under the banner of ‘social’, and most likely not even delivered by the celebrity I so adoringly hang on the every word of; it seems a bit dishonest to me.

More than dishonest. But luckily for me I don’t use social media for stalking celebrities, so I don’t have to feel too personally aggrieved.

So far it’s not looking good for social advertising, but as I trawled the web to try and get a measure of the topic I came across something else (and this is where the review bit will start).

I mentioned earlier about not making any money creating this website – although in fairness I don’t expect sympathy as it is a long term investment and designed to support my book sales. But there are thousands, probably millions of people who do a similar thing; blog great content that is genuinely useful, often to a fairly small demographic, and far from earning a living it actually costs them money each month (if you are curious I pay around £60 a month in hosting costs and image licenses). Now, before we go on I’d like you to watch this – it will save me some explaining:

So, AdF.ly is a platform that connects advertising to the act of clicking on a link. In principle I am not against this as you are not explicitly recommending something, although be careful not to annoy your readers. People make money out of affiliate programmes all the time. One prominent blogger has reported earning over $400k in 10 years on the Amazon Affiliates programme; a club I am myself a member of and if you click anywhere on this site to buy my book you will be putting some pennies into my pocket (I made a disgustingly decadent £39 last month, but that was accrued over several months when I didn’t earn enough to qualify for a payout). In fairness I haven’t declared that affiliation on this site but I think my ‘interest’ in the book is pretty self-evident from my name appearing underneath the title.

AdF.ly is essentially a link shortener that lets you earn money purely by embedding links in your copy. Once registered as a publisher you can use it to create short links to every site you want to include in your text and when readers click a link they are shown an advert before the page is opened… if they sit  all the way through it you will earn some cash – and with a generous referral scheme  on top of the basic payments your earnings could mount up pretty quickly.

Before you get too excited I think the key word to note in that paragraph is IF. IF your readers sit through the commercial rather than closing the browser in a huff because your content is so riddled with advertising it has become impossible to enjoy. In my opinion it is fair enough to want to earn some money to cover your costs (and heaven -forbid maybe even put food on your children’s plates too), and if your readers value what you create for them they will most likely understand. You can use something like Ad Sense to earn in a less obtrusive way, as Google’s banner service works by embedding ad-banners in your pages and you earn if they are clicked on. But AdF.ly is a different beast as readers are forced into an advertising funnel in order to check up on your source links or follow up the story themselves – something I’d encourage everyone to do more often and certainly wouldn’t want to drive them mad with advertising! You’re not allowed to ask readers to click on your links – or even encourage it in any way – but I would definitely advise warning them that they will encounter the odd advertisement in this way if you don’t want to get up their noses.

If you do decide to go this route let me know how you get on. I might even put a few test articles up myself and see how it is received by my readers (that’s you by the way, so make sure you tell me if it gets annoying), though in the interests of editorial integrity I have not opted to monetise links on this page – so click away and be happy.