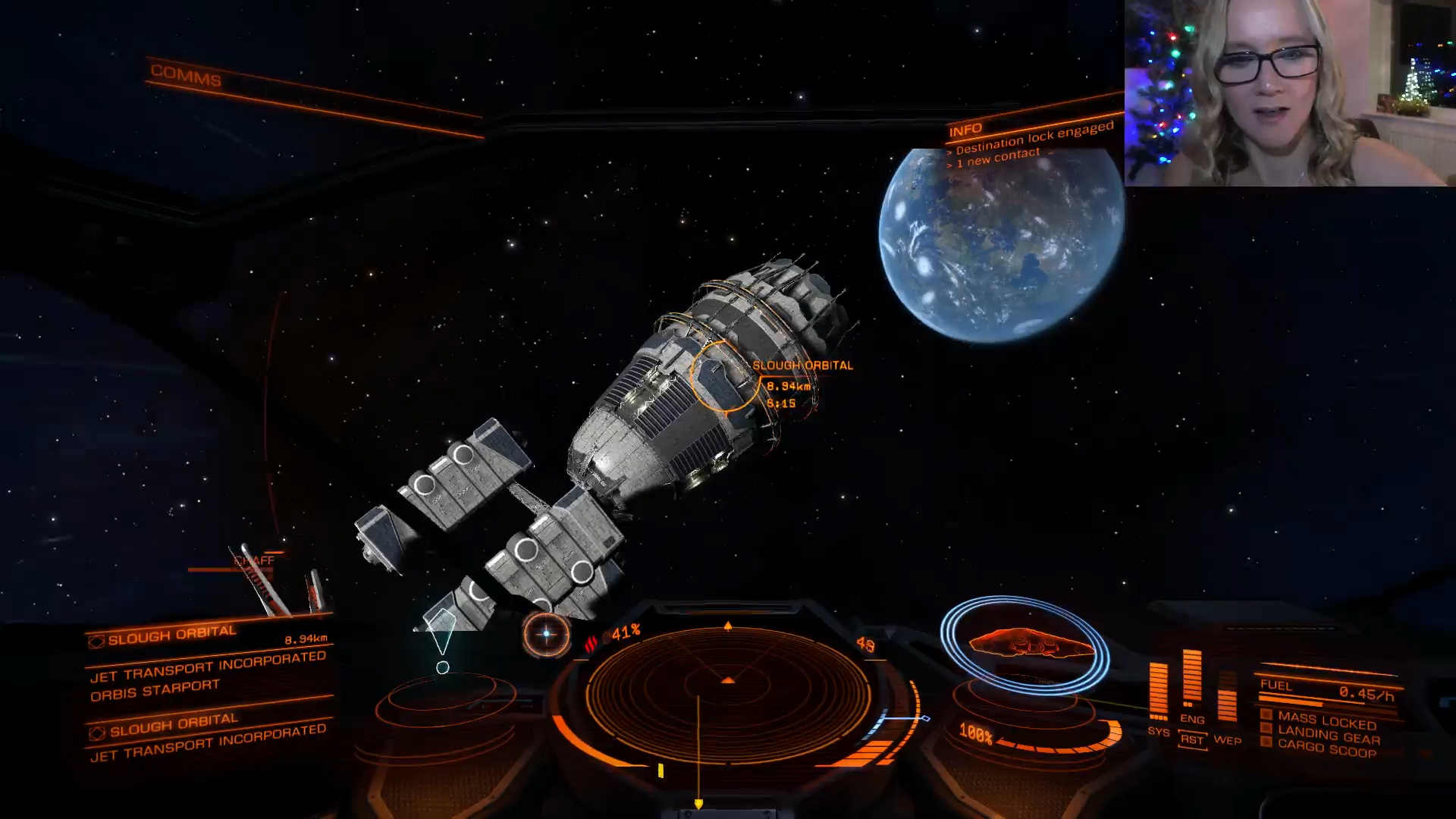 First sight of Slough Orbital after an epic 14 day journey

Regular followers of this blog will have noticed a ‘hole’ in my posting activity over the Christmas break. This wasn’t down to the typical over-indulgences of the festive season (although in fairness there was plenty of indulging going on), but rather an undertaking to get to grips with self-broadcasting using popular gaming platform, Twitch.tv.

If you need a quick primer, Twitch is a website platform where anyone can register and download software that lets them broadcast footage and sound from their computer to a global online audience. The core streamers  (as broadcasters are known) deliver gaming footage (yes, people really tune in to watch other people playing games), but you could just stream your desktop if you like – that’s the beauty of these open platforms – so youcould literally broadcast anything you like. Most streamers also chat to their audience, either on microphone or webcam if comfortable in front of a camera. Some become so popular they qualify for partner status with Twitch and can actually make decent money from subscriptions, donations and a share of the advertising revenue for their channel. 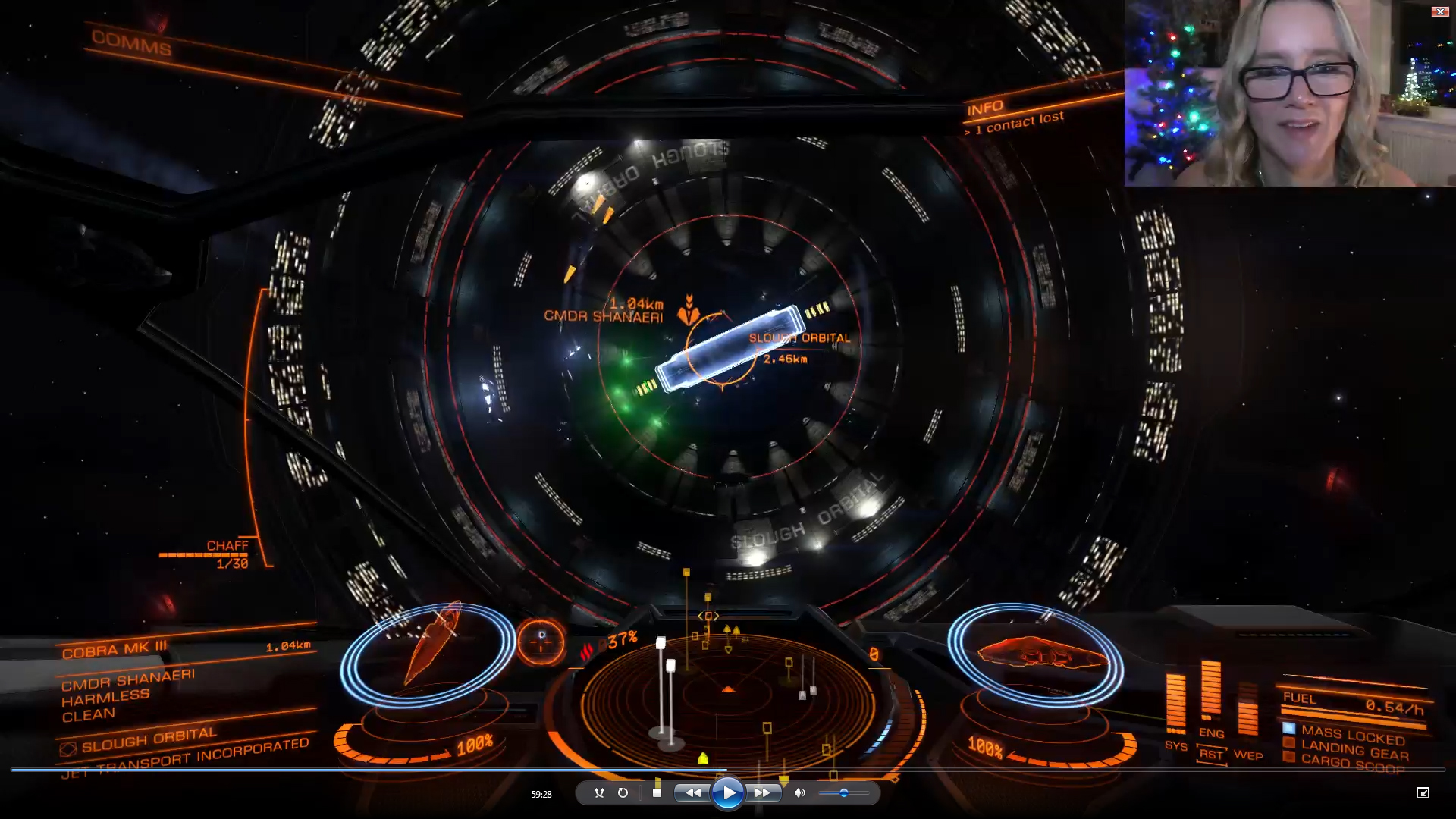 The whole crew celebrates with a conga line around the airlock

Streaming is a growing phenomenon and last year Twitch was snapped up by Amazon for almost $1 billion. That might seem a lot of money, but when you consider that official 2013 figures (2014 stats not yet available) recorded 45 million unique visitors a month watching over 12 billion minutes of footage, that puts the service just behind Netflix in terms of streaming traffic on the web and is a powerful platform for reaching (and advertising to) a core, enthusiastic audience of mainly 18-49 year olds.

I decided to flex my streaming muscles playing Elite: Dangerous, the latest sequel to a game those who have followed my career will know has been an important part of my life and love of technology. I wrote a novel based in the game under official license, which allowed me to name a star system, space station and planet in the actually online game (read more about the initial plans for the broadcast here).

I learned an incredible amount about the tools and techniques for self-broadcasting during the 14 day event I titled ‘Slough Bells Ringing’ (as I had named my planet Slough), which saw my in-game character and protagonist from my novel make her way home across the galaxy to Slough. I will be writing a full post detailing my experience in a few weeks time, so if you would like to give it a go yourself you can follow it as a basic guide. 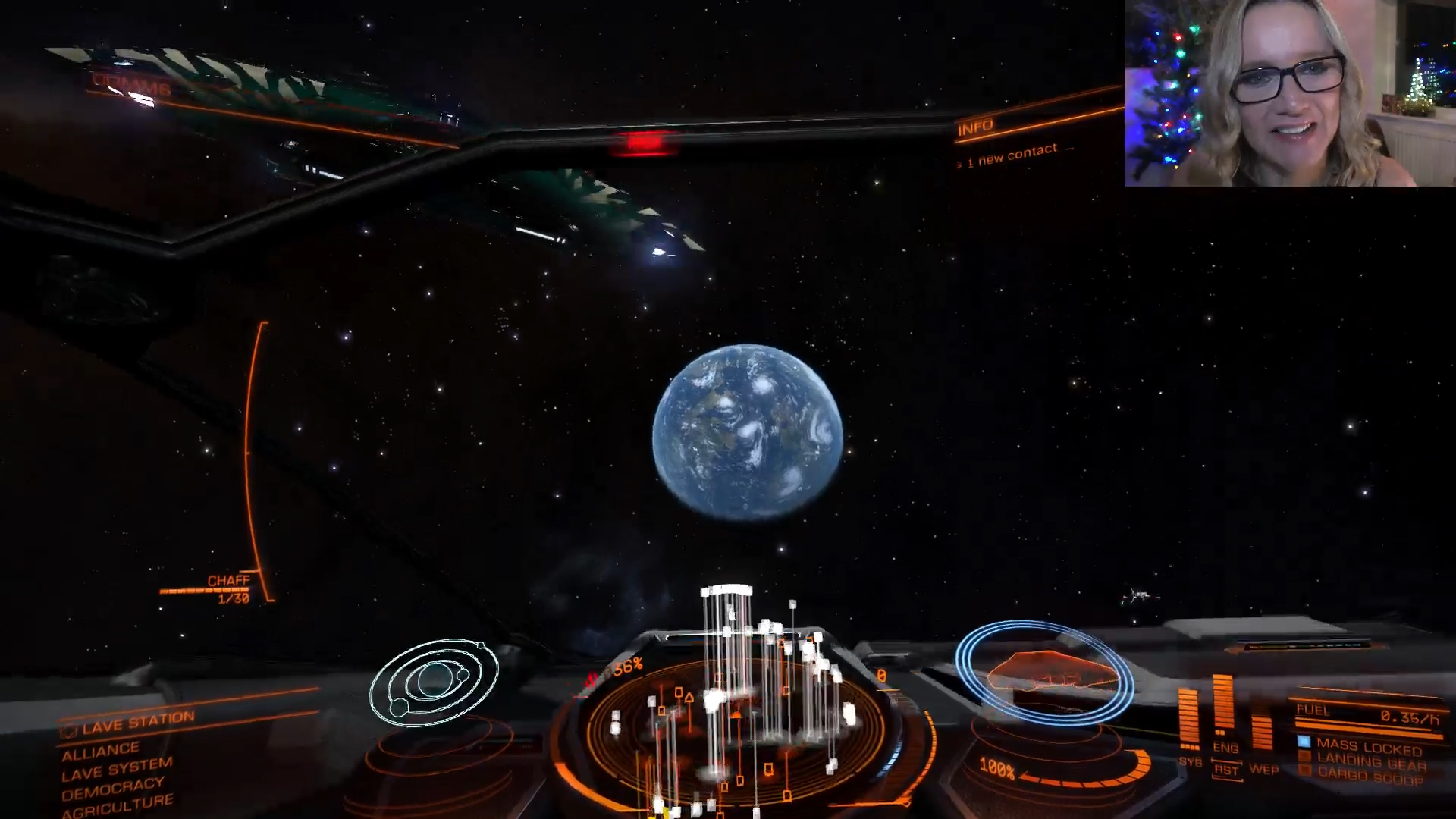 For now though I wanted to thank everyone who watched, helped out and especially those who donated to Special Effect, the charity I was supporting throughout the endeavor. We raised close to £7,000 in the end – and had a lot of fun to boot! My channel clocked up over 14,000 views and I was blown away by the generosity and good humour of everyone involved. My core moderators – BarryCarlyon, Fireytoad and MarkM69 –  worked incredibly hard and kept the chat room friendly and vibrant, with many expressing feelings of kinship they wanted to maintain in the game after the event had finished. I will be continuing to broadcast starting in a few weeks time as I too am already missing the crew!

If you want to catch up on what you missed there is a playlist of full broadcasts and another of edited highlights on my Youtube channel. I think my favourite days were day 7 (when the audience challenged me to do some very silly things, including reverse parking in a rotating Coriolis space station!) and the final day when we arrived back home in Slough. I’ve embedded the highlights below for your viewing pleasure! If you enjoy them and want to help you can still donate to Special Effect on the Slough Bells Ringing Just Giving page (it only has half the donations we raised on it as for the first 7 days we donated directly to Special Effect’s own Just Giving page.)