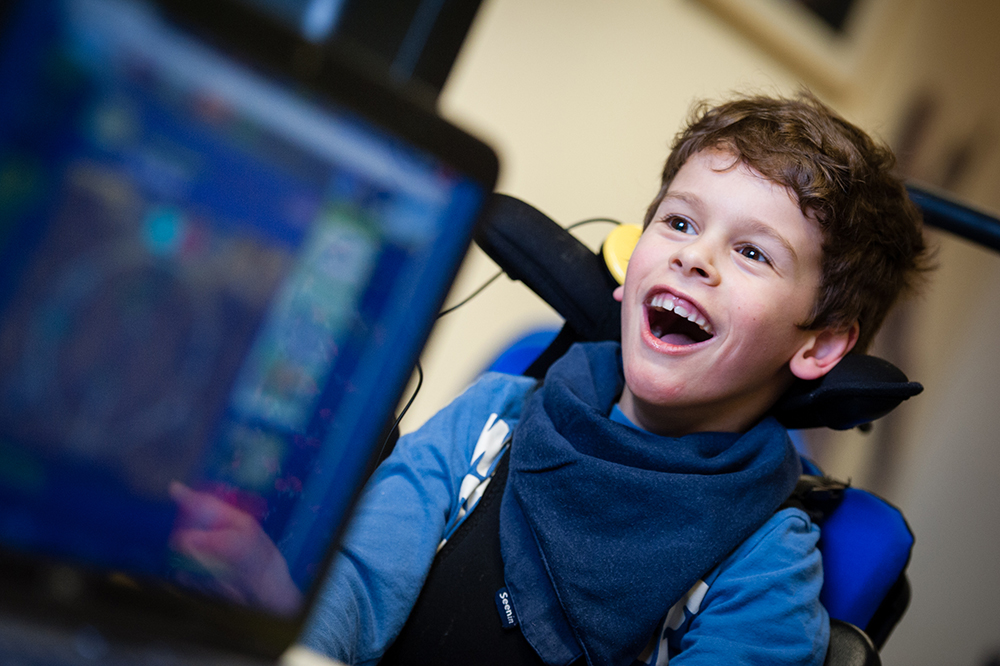 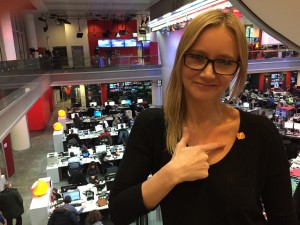 Ever since I found out about Special Effect a couple of years ago – a charity dedicated to helping those with physical limitations through illness or injury have fun playing computer games – it has been my pleasure and honour to be able to help raise funds and awareness about their tireless and dedicated work. Just seeing the joy of the people helped and the happiness it brings to the whole family is more than thanks enough, but today the charity has completely blown me away by naming me among an awesome line-up of new Vice Presidents for the charity (see the bottom of this post for the full list). Our goal is to continue championing their work in whatever small ways we can, and I have you; my readers, followers, supporters and my family to thank for making that possible. 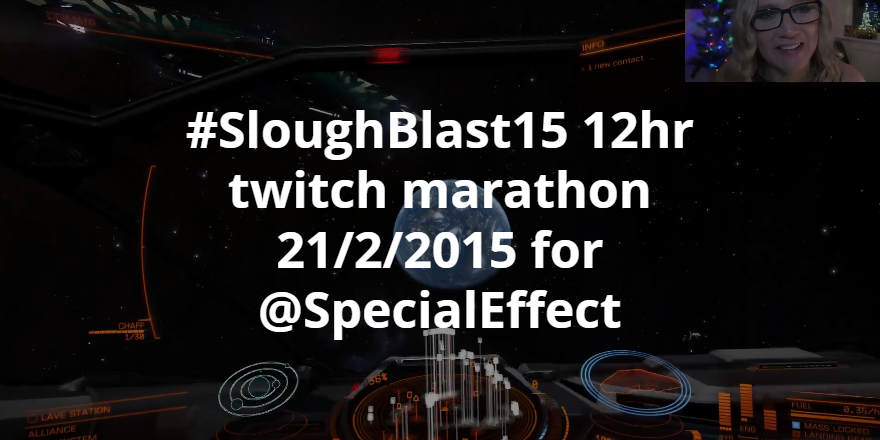 My first ‘official engagement’ as one of the charity’s champions is a 12-hour twitch broadcast marathon playing Elite Dangerous for GameBlast15, a charity gaming weekend that is seeking to raise £100K and even more awareness about the work they do. My personal marathon will be starting at midday on Saturday 21st February and ending at midnight and Barry Floyd from Special Effect will be flying as my wing-man. We’ll kick off in-game at Slough Orbital station and I hope a crew of players will join us in-game to try and take on a massive objective such as cooperatively destroying a non-player-character captial ship.

Join the Frontier forum thread to discuss the fine details of the goal, and follow my Twitch channel to make sure you get notified as soon as the fun starts. I have set a fund raising target for this event of £2,000, and you can donate at Justgiving.com/SloughBlast15 (my wonderful mother and a couple of others have already started the ball rolling with a donations!).

To see why so many people care, check out this latest video from the archives showing the huge difference gaming makes to people’s lives — how can you deny a giggle like that?! #BOOYA!

​Here’s the amazing line-up of new VPs I am bowled over to be named alongside and what they had to say about the accolade:

Tom Watson is an MP, author and gamer. When not making speeches in Parliament he writes games reviews for the New Statesman magazine. He is a former volunteer for Community Service Volunteers, where he worked with an IT student with physical disability.  He has been a supporter of Special Effect since 2010.

I was introduced to SpecialEffect by friends in the video games industry and was immediately captivated by their work. The small team who bring the joy of video games to people with disabilities are inspiring. Their patience and ingenuity knows no bounds. It’s an honour and a pleasure to join them.

Tim Schafer is the President and CEO of Double Fine Productions, a San Francisco-based video game developer, makers of many critically acclaimed games including Psychonauts, Brütal Legend, Costume Quest, Stacking, Iron Brigade, Kinect Party, and The Cave. Tim also launched the record-breaking, multi-millon dollar Kickstarter project, Double Fine Adventure (aka Broken Age), which inspired a new era of crowd-funded indie titles. Prior to Double Fine, Tim was a Project Leader at LucasArts Entertainment Company, where he was responsible for several classic PC adventure games, including Grim Fandango and Full Throttle. Tim also co-designed Day of the Tentacle, and served as a writer and assistant designer on The Secret of Monkey Island 1 & 2.

Andy Payne is an experienced computer and video games professional of 30 years. He formed games production specialist The Producers in 1988 and Flight Simulation specialist Just Flight in 1997 and those companies still exist as part of The Mastertronic Group, of which Andy is chairman. Andy started Get Games in 2009 which is an independent digital games distribution platform and also leads the NESTA initiated games developer consortium, AppyNation. Andy is also chairman of UKIE, sits on the BAFTA video games committee and was a founder of games industry charity GamesAid and is now a Trustee. Andy is a partner in Gambitious, a professional crowd funding platform that offers both donation and equity models and is entirely focused on funding games. Andy is also a member of the Advisory Board at Bossa Studios

I have been privileged and lucky enough to have been on the journey with Special Effect right from the very start in 2007. The work Special Effect do is not only ground breaking, but it is essential. To see the hugely positive effect on disabled people playing games is not only heartening, it is overwhelming.  To see them play on a level playing field, many for the first time ever, is truly transformational. I am both excited and emotional and look forward to helping Special Effect even more.

Dr Jo Twist has been CEO of Ukie since January 2012. Ukie is the trade body for games and interactive entertainment businesses in the UK, and has a mission to make the UK the best place in the world to make games. Previously, Jo was Channel 4’s Commissioning Editor for Education, where she commissioned Digital Emmy-winning Battlefront II; a stable of free to play browser and iOS games, including Sweatshop, Nomnation and International Racing Squirrels; and several social media projects. Earlier in her career, Jo was Multiplatform Commissioner for BBC Entertainment & Switch, BBC Three Multiplatform Channel Editor, and in a former life a technology reporter for BBC News. With a background in digital media, education, creative technology and youth culture, and a PhD in online communities, identity and young people, Jo brings a wealth of experience in all aspects of interactive entertainment including media, technical innovation and creativity, commercial and political issues. Jo is a London Tech Ambassador, sits on the Bafta Games Committee, a number of other boards and advisory groups, is one of the Top 100 UK Women in Video Games, on the MCV 100 Brit list in the games industry and is a BIMA Hot 100 in digital.

I am humbled to have been asked to be a Special Effect Vice President. They were one of the first groups I met when I started my Ukie role in 2012 and I was bowled over by their dedication, their passion and their love. The innovative work they do to enable young people enjoy the games they love is incredibly inspiring. Games and the ability to play can enhance and enrich people’s lives in so many ways and everyone should have the right to play. The technology they create and how they modify controls also has the potential to inspire commercial applications and reminds developers and manufacturers that inclusivity and accessibility is crucial. I look forward to being at their service.

Dr Richard Wilson is CEO of TIGA, the trade association representing the video games industry. TIGA’s core purpose is to strengthen the game development and digital publishing sector. TIGA achieves this by campaigning for the industry in the corridors of power, championing the industry in the media and helping TIGA members commercially. In addition to his work at TIGA, Richard serves on the board of the European Games Developers’ Federation and Creative Skillset’s Video Games Skills Council.

I am continually struck by the selfless commitment of the SpecialEffect team, the transformative impact that they have on people’s lives and their capacity to bring great happiness to a great many people. I am honoured to be appointed a SpecialEffect Vice-President and I look forward to supporting the work of this exemplary charity in the years ahead.

Kate Russell is a journalist, reporter and author. Best known for weekly appearances on BBC technology programme Click. She is author of two books; Working the Cloud, a business book about the internet and Elite: Mostly Harmless, her debut science fiction novel based in the gaming world of Elite. 10% of all profits on sales for this book will be donated to Special Effect.

Gaming is often dismissed as a frivolous waste of time. But when you see first-hand the joy it gives families struggling to deal with a degenerative disease or life-changing accident of a loved one, bringing them together in an act of fun and allowing those with limited body-control to play on a level field with friends and siblings, it’s hard to deny that the little slice of normality it affords is having a massively positive impact on the whole family. I’m beyond thrilled to be joining the team at Special Effect and look forward to working with this amazing charity to bring the healing power of ‘having fun together’ to more and more families in future.