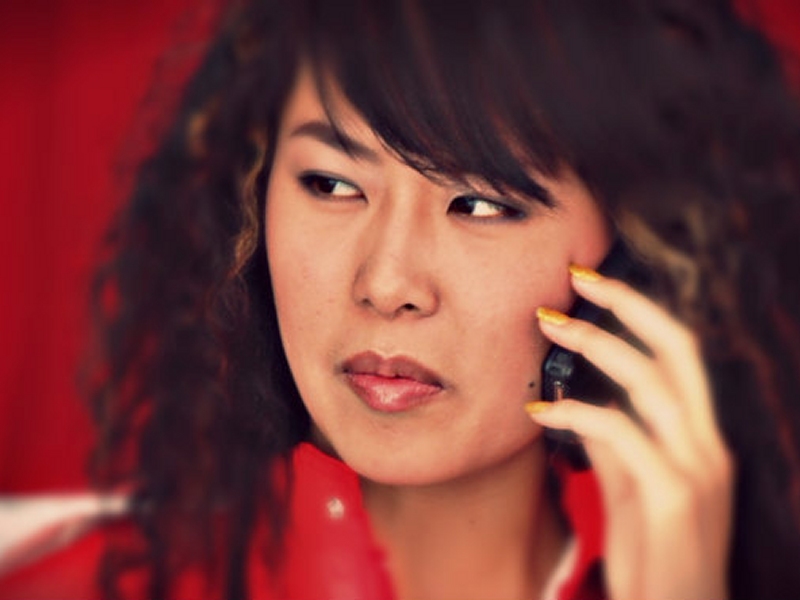 There are big cultural differences in how the world’s two largest consumers of mobile technology – China and the US – make mobile a part of their lives. In this exclusive report, Kate Russell explores some of the ways in which use of mobile devices, social media and brand interaction differ in East and West. [Photo by Tinou Bao]

In January a story surfaced in several high profile media outlets claiming pollution levels in Beijing had become so bad that Chinese citizens were forced to congregate in Tiananmen Square to catch a glimpse of the sunrise on huge TV screens. The story was complete bunkum, the shocking photograph accompanying it just a brief moment captured from a tourism advertisement on a particularly smoggy day. That’s not to say pollution isn’t a serious problem in China; with the world’s largest population at over 1.3 billion the country’s GDP has quadrupled in thirty years. Economic growth like this is bound to come at a price.

But aside from the Chinese government using what is officially the world’s most powerful supercomputer to help model and solve these environmental problems, the people of China have far more interesting things to do with their technology than watch a fake sunrise.

During its three-decade-long economic boom, China has vastly improved roads, airports, ports and telecoms, putting modern Chinese cities up there with the best of the world in terms of infrastructure and helping to fuel an explosive technology scene. Early last year Flurry reported that China had surpassed the U.S. in active smartphones with Gartner estimating a further 400 million devices would be sold in 2014. This has already brought the country’s mobile penetration to a globe-topping 95% and will account for almost 25% of projected global phone shipments for the year.

Little wonder then the smartphone sector and related mobile internet businesses are waging a fierce battle for market share that is shaping the landscape of technology use in China. Because of the sheer numbers involved and certain cultural aspects of East vs. West ideologies this, in turn, is influencing much of the rest of Asia. Although drawing absolute comparisons across such a huge, diverse region is almost impossible, as Mike Lister from research specialists DataplusInsight pointed out:

“There is as much difference between China and Japan as there is between English and French use of technology. For example many Japanese people (including older people) have little furry creatures attached to their smartphones – this is related to the Japanese belief that all inanimate objects have spirits, a belief that is common in only some parts of Asia.”

One cultural development pretty widely observed throughout Asia though is the pervasive use of instant messenger clients as the core digital communication platform, outstripping the traditional social media networks we’re more familiar with in the West. Perhaps the fact that Facebook is still largely banned in China has had a part to play, but even the Facebook equivalent, Renren, has failed to have much impact, clocking up a mere 35 million active users in 2013. Instead the market is dominated by Tencent, whose messaging platforms QQ and WeChat (rebranded from Weixin last year to make it accessible to a wider global audience) give it a base of over a billion active users. Experts widely expect to see this number swell to topple Facebook from its ‘world’s largest social network’ throne in the very near future.

But while in the West we tend to think of instant messenger clients as just a substitute for SMS, in Asia the leading players have managed to position themselves as the media platforms of choice with an offering tailored to meet very specific cultural needs. Dr Ilka Gleibs is assistant professor of social and organisational psychology at the London School of Economics and has studied this phenomenon. She told me:

“Generally speaking we differentiate ‘Eastern’ and ‘Western’ cultures along the lines of collectivism (stressing the importance of social interdependency and group harmony) and individualism (stressing the need for independence and individual achievement). Years of research have highlighted these broad cultural differences and recent research looked at whether these differences can be observed in online culture. It found that social network sites used in Asia tend to have tighter and more intimate social relationships with less self-disclosure and more indirect communication styles, whereas American-based sites (e.g., Facebook) have wider social networks that promote self-disclosure and direct communication-styles. Thus, these different ‘online cultures’ tend to reflect the corresponding cultural differences (collectivism vs. individualism) that are found in the offline cultures in which the networks are embedded.”

TO READ THE REST OF THIS FEATURE HEAD TO Mobile China ON BRANDPERFECT.ORG.