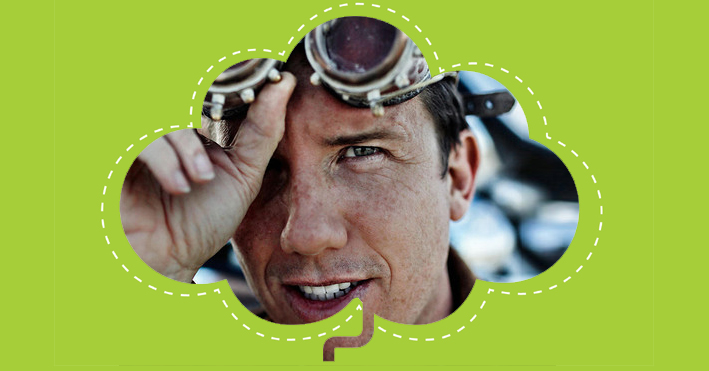 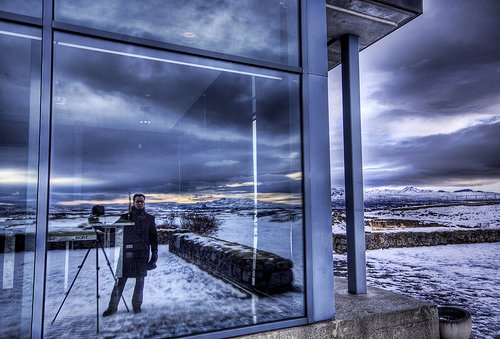 Trey Ratcliff is an ‘old-school gentleman explorer’ whose work I have enjoyed following for over 5 years through the awe-inspiring photographs he posts on his website, Stuck in Customs, and shares with his huge social network built mainly inside Google Plus. With a Pinterest following approaching the 5-million mark, he’s a social force to be reckoned with; and yet remains one of the most humble and generous people I’ve met (although admittedly that meeting has only been in virtual space!). Right now I’m working my way through one of his video photography courses, which I can already highly recommend if you have even a passing interest in photography (I’ll be posting a full feature review when I have had time to get my head around the post-processing modules and have some results to share with you). For now though, sit back with a cuppa and enjoy a peek inside the workings of one of the most successfully self-built social businesses on the web today, and the mind of a man who spends his life capturing the beauty of the world for the rest of us to enjoy.

*Please note, the links to Trey’s photography courses featured on this page go through my affiliate account with StuckInCustoms – so I basically get a small fee every time someone buys through them. That’s not why I wrote the piece, but it could help me pay server costs if you do decide to buy. Either way I hope you enjoy the interview. Trey is an amazing businessman, which IS why I wrote the piece. Thanks*

WTC: You’ve built an extremely successful business – aside from being an amazing photographer what’s your secret?

TREY: The secret seems to be to do something you love regardless of the money.  Now, having said that, I think there are many things you can do in life that you love, and if you can focus on one of them that just happens to overlap with earning money, well then go for that one!  For example, I can’t think of a way for someone to pay me for another thing I love: sitting under a comfy blanket fireside while eating chocolate and watching Downton Abbey.  So, well, forget that.

WTC: What are the best ways to gather your audience on social media?

TREY: The best way seems to be to have the audience talk about you more than you talk about you.  That sounds strange, but perhaps you know what I mean.  If you can create something “greater” than yourself, something that a lot of people believe in, then this “thing” can be bigger than both you and your audience.  In my case, it’s an intense love of digital photography and innovative post-processing of photos to make them beautiful.  This is heresy to traditional photographers who think that hard-core post-processing is impure!  Well, forget them!  Join with me and let’s make some beautiful pictures by bending the light to our will!

WTC: Are there any tools or resources that help you work your ‘crowd’?

TREY: I don’t use any specific tools.  For example, if I post on Google+, I just go right into the stream and post.  Same with Pinterest, Facebook, Twitter and everything else.  I do it all MYSELF.  I think it is not good to have someone else “pretend” to be you on social media.  Now, I just passed 10 million followers when you add up Google+, Pinterest, FB, and Twitter, so the downside is that I can’t interact with all of them.  BUT, if you ever see me +mention you or respond, then you know it is actually me!  I’m not like Hugh Jackman or something that has a PR agency pretend to be him.  That’s rotten.  For example, I think Richard Branson actually does his own social media stuff.  That is sooooo cool!  I’d love to hang with him and take photos of his spaceships… he seems like my kinda guy!

WTC: How much money do you need to spend to make a $1million website?

TREY: ZERO.  We didn’t do any advertising or take a loan to get it to this size.  It’s all been word of mouth that has grown over the past six years or so.  However, since we crossed the 7-figure bridge a few years ago, now we do have significant expenses.  We have about 10 people, full time and part time, that help with the business side of things.  I set up the business so that I can travel and take photos and be creative and artistic.  Everything else in the business is very important, however, so I am grateful and thankful to have a team to keep the business thriving and going.  Plus, I try my best to have it be a fun, creative, low-pressure place to work.  Last year, we took the whole team to the Caribbean for a while.  This year, they’re all coming out to New Zealand.

We also “pay”, I suppose, in a way, to thousands of people out there that “re-sell” our products.  For example, we have many great video tutorials that are about $99.  Anyone can sign up to be an affiliate to re-sell that same thing just by linking to it with a special link.  They can get about $20 of that sale if someone clicks through to buy it.  There is more on the affiliate program at http://store.stuckincustoms.com/affiliates if you are interested! 🙂

WTC: What are the common mistakes you see people making?

TREY: This is a hard one!  I think I see many people “trying too hard” – you know the types. Or maybe they are really pushing something they don’t believe in, or they have tricked themselves into believing in.  For example, and I know this gets a little “meta”, but there are a lot of people that are just passionate about “social media”.  That is strange, I think.  It’s like being passionate about oxygen or leaves.  It’s just kinda everywhere.  I think if people are really into something passionately and authentically, like making jewelry or long distance running for example — and then they find a way to build an audience around that — that seems much more authentic and believable than something vague and ethereal.

WTC: You have a huge presence on Google Plus – how important is this platform?

TREY: Google+ is the bomb!  Some of my photos have over 40 million views there.  Don’t let the number of comments or +1 dissuade you — there are a ton of eyeballs on Google+, and you can see this if you post a photo then go check the photo views a few days later.  And here’s the thing that no one talks about.  It’s not just the stream.  It’s all of Google!  It completely changes the search results, it changes what appears on your android phone, it changes local recommendations, and everything.  It’s changing from a world about spiders crawling the web to a world about people and their areas of expertise.  It’s about finding things that are helpful to you right now and in the near future, and the real world is based on a social network, so it’s good to see a technology that supports that.

WTC: Pinterest is another huge success for you, but is there any reason for non-visual businesses to engage with it?

TREY: Pinterest is awesome.  I think I have about five million followers there and it is 90% women.  Women connect the world and make it work!  I know this because I was raised by my mom and sister… so I am sensitive to these things, you see.  Anyway, even if, as you say, someone has a “non-visual business”, then they should still use Pinterest to build a brand around people and passions associated with the product or service.  Let’s say for example, err… maybe a non-visual-business is something like… errr… let me see here, thinking out loud… well it’s hard to think of one…  okay how about an accounting firm.  I can’t think of anything more boring or non-visual than that.  You could post photos of things that people in the accounting firm are passionate about… and you can build a personal connection that way.  Let’s say that Steve, who is an expert in Irish Intellectual Property Tax Law is really into collecting steampunk stuff.  Well he could pin a lot of steampunk gizmos.  And Sally, who is a real killer when it comes to Inheritance Law in the Isle of Man is into candle-making.  She can pin a lot of pretty candles and nonsense like that into the firm’s Pinterest with her own little personal note.  That will give the accounting firm more of a human face and a bit more personality.

WTC: Which are the social platforms small businesses can’t afford to ignore?

WTC: What would you say is the most important thing for small businesses to understand/realise about the Internet today?

TREY: It’s not too late.  Everything seems very mature, but I think things are in the middle of getting started.  Remember, there are over six billion people on earth, and only about a 1/6 of them are even on the internet right now.  There’s five billion more coming, and they all have needs of goods and services.  We all know the Internet is the most efficient means of communicating these goods and services, and it’s all going in one direction.

WTC:  If you could go back and tell yourself one thing you know now when you were just starting out, what would it be?

TREY: To time-travel into the future and get Kate Russell’s book, “Working the Cloud,” like when Bif got that sports almanac in Back To the Future Part 2 then ended up owning the world’s biggest casino.

Here’s a preview trailer of the photography course I mentioned earlier is you want a little more information:

You can watch the rest of the interviews recorded for the book by downloading the free Working the Cloud apps on iOS or Android.