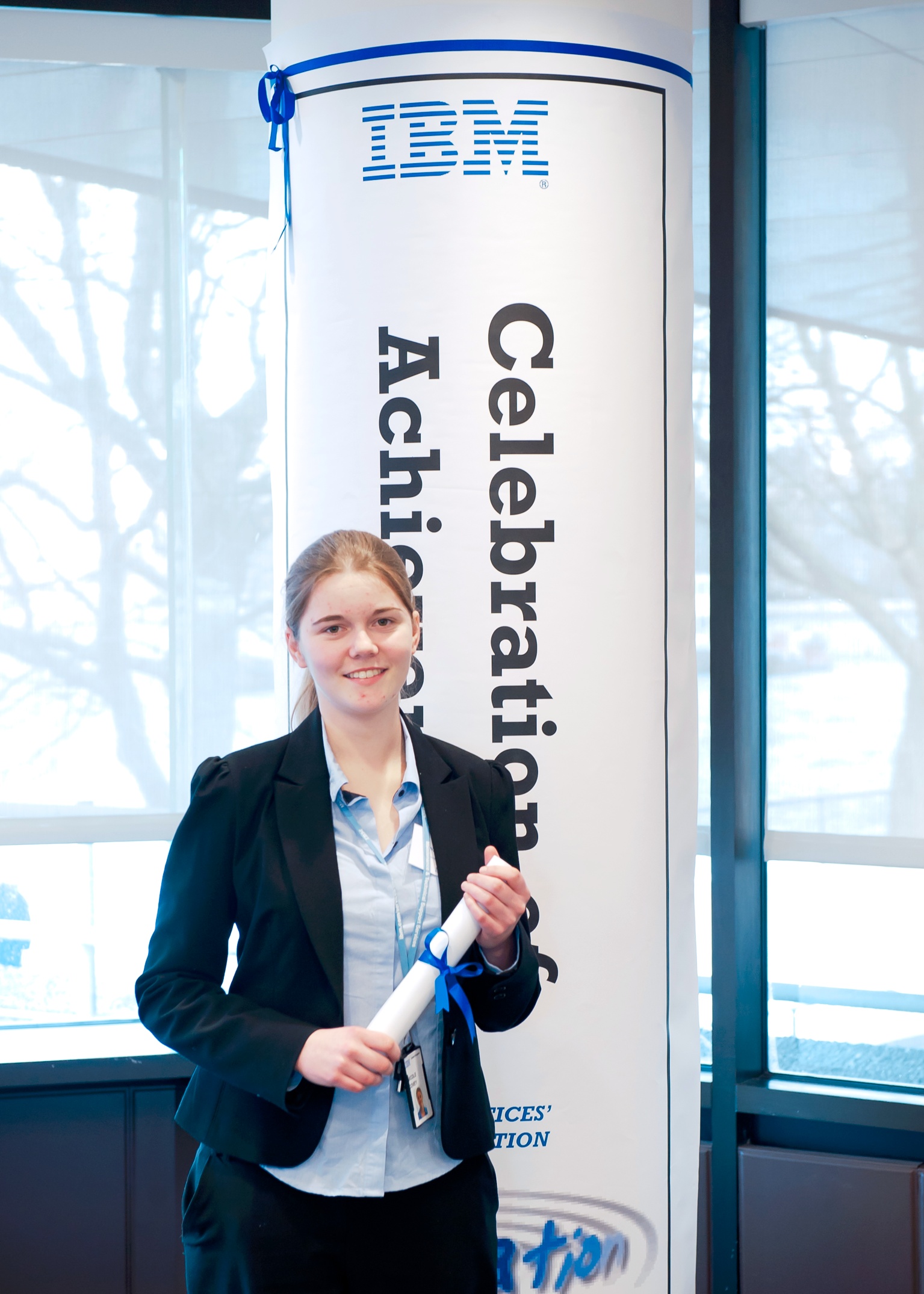 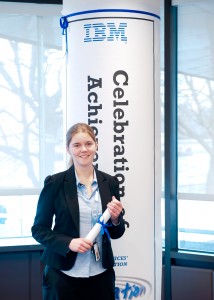 In the fourth of our Digital Apprentice interviews we speak to Nicole, who completed her advanced Apprenticeship with IBM in September 2014, she is currently working towards her Higher Apprenticeship.

IBM are a multinational technology and consulting company. IBM manufactures and markets computer hardware, middleware and software, and offers infrastructure, hosting and consulting services in areas ranging from mainframe computers to nanotechnology.

Why digital?  From an early age I was interested in technology, but I had always seen it as more of a hobby rather than a career.  I loved finding out how things worked and taking things apart to have a look inside (my mum was not impressed when I did this to the new PlayStation I received one Christmas).

Looking into the IBM Apprenticeship Scheme I saw that there were so many career options within technology, some that I would never even of thought of, and the variety drew me in.  The IT industry is constantly changing and I liked the thought of being involved in something that is continually transforming and shaping the world we live in.

How did you find out about the Digital Apprenticeship programme and what attracted you to signing up?  A career in Technology was never part of my plan. I’d grown up wanting to be a police officer and every decision I made throughout my GCSEs and A-levels was steered by this career choice.  However in my first year of college (after I had made my subject choices with the ambition of being a police officer) life decided to throw me a curveball and I suffered a nasty knee injury playing football (it was a beautiful tackle).  The extent of the injury meant that an active career in the police force slipped away from me and I had to take a look at what it was I now wanted to do with my life.

Whilst surfing the web looking at my options (and getting distracted by funny videos of cats) I stumbled across the IBM Apprenticeship Scheme.  One of the main things that attracted me to the scheme was the prospect of a career, I didn’t just want any old job I wanted somewhere I could build a career and develop – the Apprenticeship Scheme sounded perfect.

Tell me about the application process?  The IBM application process has a few stages.  When I applied back in 2011 I had to upload my CV using the IBM template and complete and online aptitude test (which was a scary prospect for me – I like Maths – it just doesn’t like me.  However, I later found out that this was used to test your logic/thought process and not your maths – lucky me!).  After passing this stage I was then selected to attend an assessment centre.  These are held at one of the IBM locations and attended by a handful of candidates.  Mine was at IBM South Bank in Central London and the day entailed another short aptitude test, two group tasks to see how we worked in a team, two interviews (one personal and one business) and finally a presentation about ourselves.  My favourite part of the day though was the tea and biscuits.

I know that sounds a bit daunting, and I won’t lie – it was, but as soon as I got to the assessment centre and met the other candidates and the IBM employees running the recruitment process I felt a little more at ease. 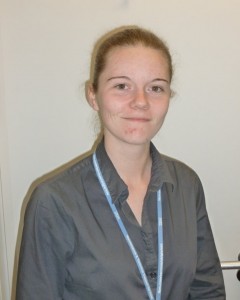 Tell me about your average day?  I currently work as a zSeries Software Support Specialist at IBM supporting our customers with any queries that they have with their z/OS software and the products that surround the operating system.  zSeries are our big mainframe servers which many large businesses still use to run their whole enterprise.  An average day for me entails working on PMR’s (Problem Management Records). These records are used to manage technical queries and/or issues experienced by the customer with their IBM z/OS operating system and the products that are used on this O/S.  So each day I am interacting with customers and investigating queries on the platform.  Because of the nature of this work every single day is different.  I’d say that is the best thing about my job, you never know what’s coming next, it keeps me on my toes!

What do you enjoy most about your apprenticeship?  Why?  The thing I enjoy most about the apprenticeship is being able to learn something new whilst building the foundations for my career.  Learning on the job has always been something that has appealed to me, I never seemed to fit the mould of classroom learning.  When I started college I already knew I had no intention of going to university.  I wanted to get out into the working world and get on the career ladder as soon as possible.  The fact that with an apprenticeship you can do that and still work towards formal qualifications is a fantastic bonus.

What effect has the apprenticeship had on you?  The apprenticeship has had a hugely positive effect on me. Not only has it let me develop my technical skills and knowledge but it has also enabled me to grow as a person.  The skills I have gained are not just limited to the technical area, I have gained a wealth of business and personal skills which I feel is something that you may miss out on taking the university route.

What is your ultimate goal in life?  My ultimate goal in life is to become the owner of Queens Park Rangers and see them to the Premier League and Champions League titles.  But if we are being more realistic I just want to be the best I can and climb the career ladder as high as I am capable of. I also want to always enjoy what I do, you do your best work when you enjoy it so I if I retire having never hated my job and having been as successful as I can be then I’ll be happy with that (I don’t expect to always love it … I mean no one loves Monday’s, right? But at the moment I enjoy what I do and Monday’s aren’t the end of the world).