LATEST
Home Tech Essentials Smartphones Android HOW TO: Be an internet astronaut 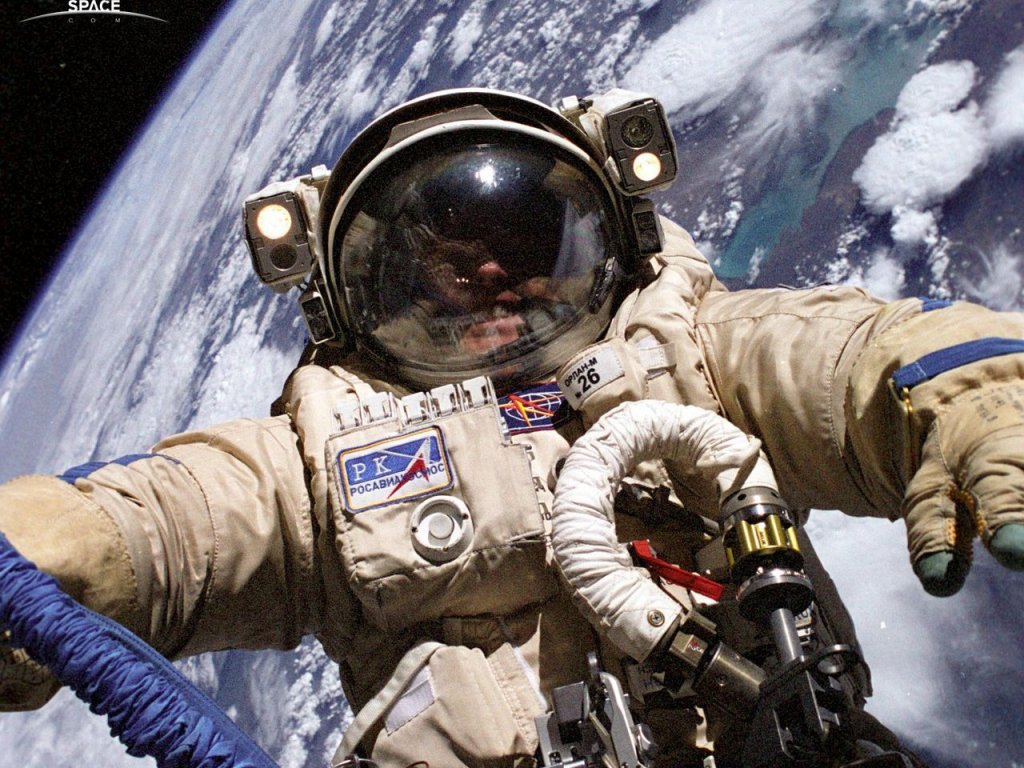 HOW TO: Be an internet astronaut

The idea of space travel is always alluring to adventurous minds, travelling out into the vast expanse of space – in the words of Captain Picard; ‘To boldly go where no-one has gone before.’ As appealing as it is though, this is not a realistic goal for most of us, so how about building your own universe to play in instead, complete with strange new planets and interstellar dust clouds?

Space Engine is an open source download that lets you do just that, 3D modelling all the elements in your star systems using actual known planetary data and orbital trajectories until you’ve built a galaxy just the way you want it.

When you’re done playing planet maker you can just fly around the universe visiting the many curious and wonderful sights of galaxies, nebulae, planets, moons, comets and asteroids. All the known celestial objects are included in the star maps and when you travel out beyond the scope of human exploration there is a procedurally generated spacescape to get lost in. As well as the creative side there is a built in wiki with descriptions and information about the celestial objects that exist in real space, so it’s really a learning experience – but so much more fun when you can pretend you are a space pirate!

NASA Science has lots of incredible apps to download free of charge. You can check out the full list here: NASA Science apps.

One of my favourites is NASA Science: A Journey of Discovery, as it takes the mundane topic of the weather (something we earthbound creatures just love to discuss!)  and gives it an out-of-this-world twist by explaining what effect the weather from space has on us. The app is free but sadly on iPad only and is updated regularly with all the latest information from NASA’s science missions.

Another NASA app I’ve enjoyed playing with recently is the 3D Spacecraft simulation on iOS and Android. This app has taken advantage of augmented reality (AR) technology to let you get up close and personal with a 360-degree nosy around various working spacecraft. The Spacecraft 3D app directs you to download and print the AR target then place it on a clear surface to have the selected spacecraft magically appear to look around. If you can’t get to a printer tap the gear icon in the camera view and select manual mode to have the 3D model appear on your screen. 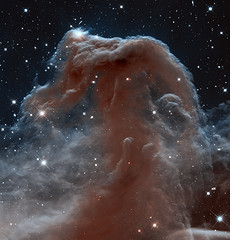 Even if you don’t have a smartphone with which to explore the galaxy, NASA has released a Flickr gallery; ‘Cosmos’ – NASA Images of a Space-Time Odyssey, containing 43 stunning images  to celebrate a new series of Cosmos premiering on American TV earlier this year. You might not be able to watch the show yet, but these inspiring cosmic shots would make an excellent desktop decoration.

We’ll never truly understand what’s going on in deep space – at least I don’t expect to in my lifetime. But thanks to high powered telescopes becoming more and more accessible to hobbyists and enthusiasts rather than just professional astronomers, we’re certainly becoming a lot closer to the stars. Head over to Telescope.org and for a small monthly subscription of £3 you can take control of a real telescope stationed in Tenerife at one of the best sites in the world for astronomy, so you’re pretty much guaranteed some of the best seats available when it comes to exploring the Universe. Space can be a lonely place so why not make a date to give the astronauts aboard the International Space Station a wave as they go by? The ISS Detector app reveals when the ISS will pass over your terrestrial location, complete with weather reports, direction and altitude so you have the best chance of spotting it with the naked eye. The app is free on android and also lists good times to view flares from passing Iridium satellites, which is when sunlight is reflected directly down at earth, lighting the sky with a bright flash for a few seconds. iPhone users can get a similar free app, ISS Spotter.

Looking back the other way you can enjoy a trip aboard the International Space Station thanks to the ISS HD Earth Viewing experiment, which is live-streaming the view from earth’s orbit 24 hours a day, which is rather special.

If you have ever wondered how many people there are in space right now then the aptly named HowManyPeopleAreInSpaceRightNow.com website will tell you, copmplete with links to further material and information about the astronauts it reveals.

Also in orbit around the earth is our moon, and you can take a closer look on citizen science website MoonZoo. From billion-year-old volcanic eruptions and curving lava channels to recent asteroid impacts, this science project on the web asks its members to spot and classify features on the surface of the moon using high resolution images taken by the Lunar Reconnaissance Orbiter Camera. The resulting data will provide scientists with valuable insights into the geological history of the Moon. This is crowd sourcing at its most exciting – letting people like you and make make a real contribution to continued scientific research in space. No NASA training necessary, just a keen eye and a steady mouse hand.

Another spacey project seeking crowd power is AsteroidZoo, to help scientists scan our solar system for asteroids containing useful mineral resources. It’s being operated by a company called Planetary Resources, who ran a successful Kickstarter campaign last year to launch a public space telescope, and are now one of the first commercial enterprises aiming to try their hand at asteroid mining.

All this information might blow your mind a little, but if you still need convincing about what a spectacular universe we live in, this film from Nature explains where we fit into our region of the universe very nicely: 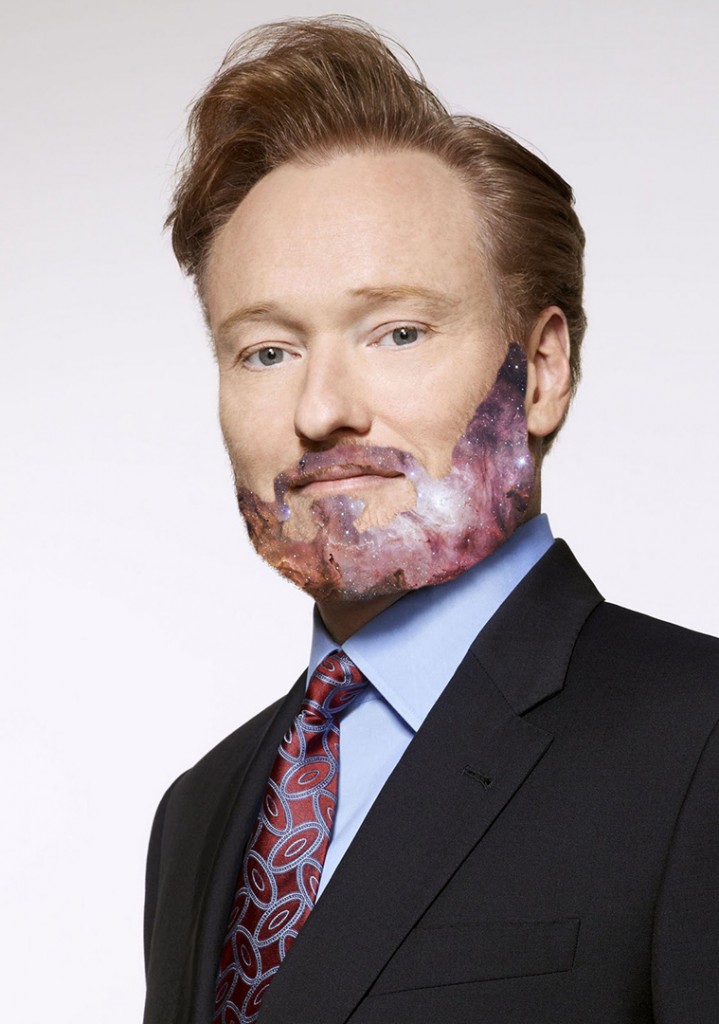 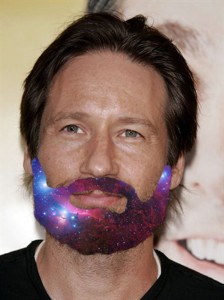 Finally, if you’re not brave enough to head into space, even virtually, pass a few minutes entertaining yourself with this rather kooky Twitter account, @SpaceBeards, whose raison d’etre is as simple as the name would suggest, to composite space pictures onto famous beards from the internet… Some people have WAY too much time on their hands.